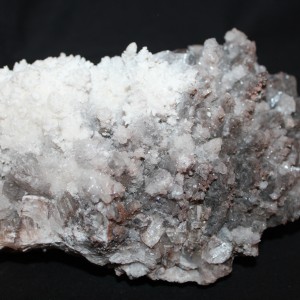 Calcite- soothing calcite crystallizes in the hexagonal system with a wide range of crystal habits and colors.

Aragonite-  grows in a wide range of translucent to transparent pastel colors and crystallizes in the orthorhombic system.which is fitting for these beautiful clusters.  This specimen makes for a wonderful display piece and extra care should be taken when handling it as it is delicate.  Aragonite is grounding and healing mineral.

Calcite- soothing calcite crystallizes in the hexagonal system with a wide range of crystal habits and colors.

MINERALOGY, PROPERTIES, OCCURRENCE: Calcite [calcium carbonate, CaCO3], pronounced CHAL-site, is the most abundant carbonate mineral.  It crystallizes in the hexagonal system (trigonal subsystem); crystals are usually rhombohedral, scalenohedral, or prismatic with a unusually wide variety of habits.  It has a Mohs hardness of 3.0, perfect cleavage in three directions to form rhombohedrons, vitreous-to-dull luster, and a specific gravity of 2.7-3.0.  It is usually white or colorless, but impurities create a wide range of pale colors.  Calcite develops in many mineralogical environments, including pegmatites, carbonatites, chemical and sedimentary rocks, metamorphic rocks, and hydrothermal veins.

METAPHYSICAL PROPERTIES, LORE, USES: According to metaphysical practitioners, calcite enhances learning abilities, reduces fear and stress, removes negative energies, and promotes creativity and imagination.  Calcite is the primary mineral component of limestone, which is mined in huge quantities for use as dimensional stone, in cement, and as a metallurgical flux; and marble, which serves as a dimensional stone and sculpting medium.  Banded, massive forms of calcite, known as “marble onyx,” are fashioned into ornamental objects.

COLLECTORS’ INFORMATION: Calcite specimens are widely sought by collectors for their remarkable variety of crystal habits and colors, unusual size, affordability, excellent crystal development, and, in composite specimens, interesting associations with many other minerals.

HISTORY, NAME, LOCALITIES: Mineralogists recognized aragonite, pronounced ah-RAG-uh-nite, as a mineral species in 1790, a time when it served as a white paint pigment.  It is named for its type locality at Molina de Aragón, Spain.  Collecting localities are found in Spain, Austria, the Czech Republic, Japan, Morocco, and the United States (Idaho, Arkansas, South Dakota).

MINERALOGY, PROPERTIES, OCCURRENCE: Aragonite [calcium carbonate, CaCO3] crystallizes in the orthorhombic system as short-to-long, usually twinned prisms with longitudinal striations.  It has a Mohs hardness of 3.5-4.0, poor cleavage, and a specific gravity of 2.95.  Aragonite occurs primarily in evaporite deposits of chemical sedimentary rocks, and also in regional metamorphic rocks and hydrothermal replacement deposits.  It is translucent to transparent and usually white or colorless, however impurities impart a wide range of pastel colors.  Aragonite and calcite are polymorphic forms of calcium carbonate.

METAPHYSICAL PROPERTIES, LORE, USES: Metaphysical practitioners believe that aragonite enhances patience and responsibility, reduces stress and anger, channels energy to constructive ends, and balances emotions.  Because aragonite is often part of the calcareous content of limestone and dolomite rock, it is an industrial source of calcium carbonate for use in plaster, cement, white pigments, and agricultural lime.  Although too soft for use in jewelry, massive aragonite, often known as “Mexican onyx” and “oriental alabaster,” is carved into decorative objects such as bookends and figurines.